This past weekend was the annual celebration of a long-lasting New York City tradition: the Pulaski Day Parade. Founded 80 years ago, the Pulaski Day Parade celebrates General Casimir Pulaski, an American Revolutionary War hero. After meeting Benjamin Franklin in Paris, the Polish general traveled to North America to fight with the Continental Army against the British. Eventually, after distinguishing himself in support of George Washington’s forces on more than one occasion, the Continental Congress gave Pulaski charge of the first American cavalry. Today, New York City’s Pulaski Day Parade celebrates both Pulaski’s contributions to American independence and Polish-American citizens in the New York City metropolitan area.

Unsurprisingly, then, the parade begins with this float featuring General Pulaski (or his look-alike). 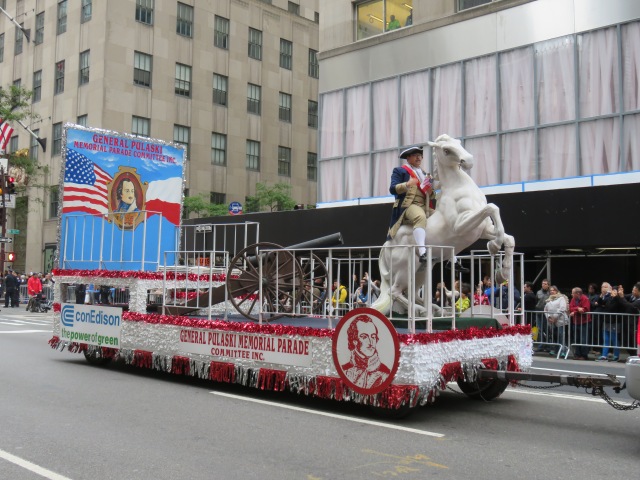 This year, the parade’s theme was “Polish-American Youth, in Honor of World Youth Day, Krakow, Poland.” And there were plenty of children and teenagers (as well as adults) in the parade, including some dressed in traditional Polish clothing and Polish scouts. 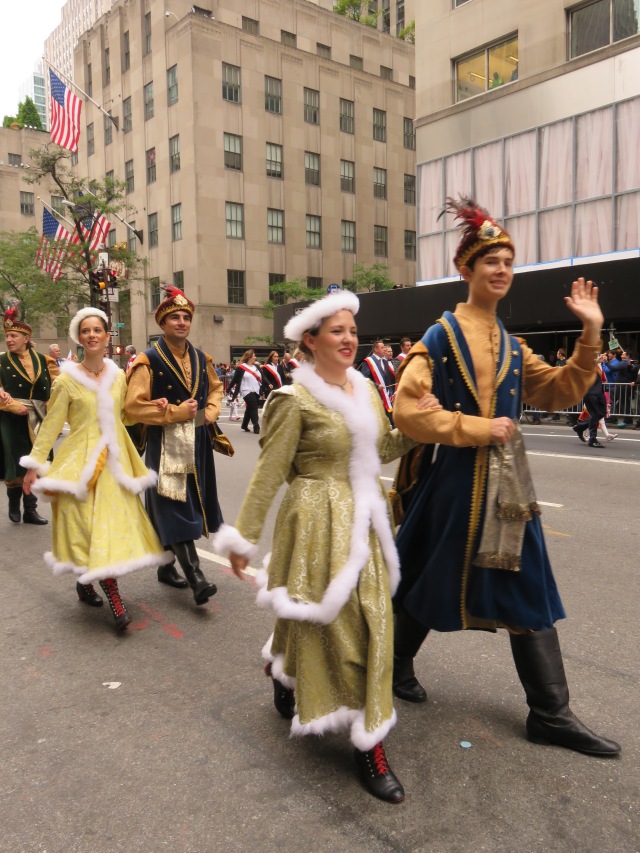 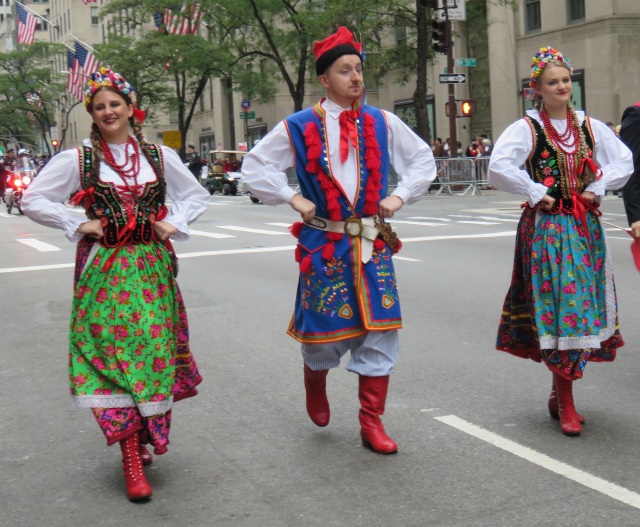 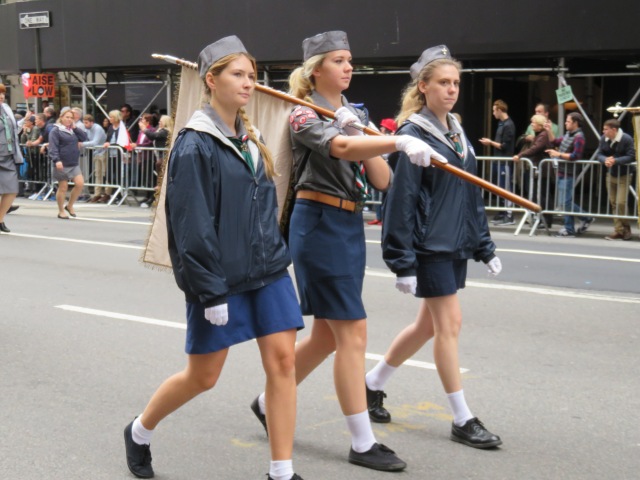 There were also a number of Polish and Polish-American veterans organizations in the parade. 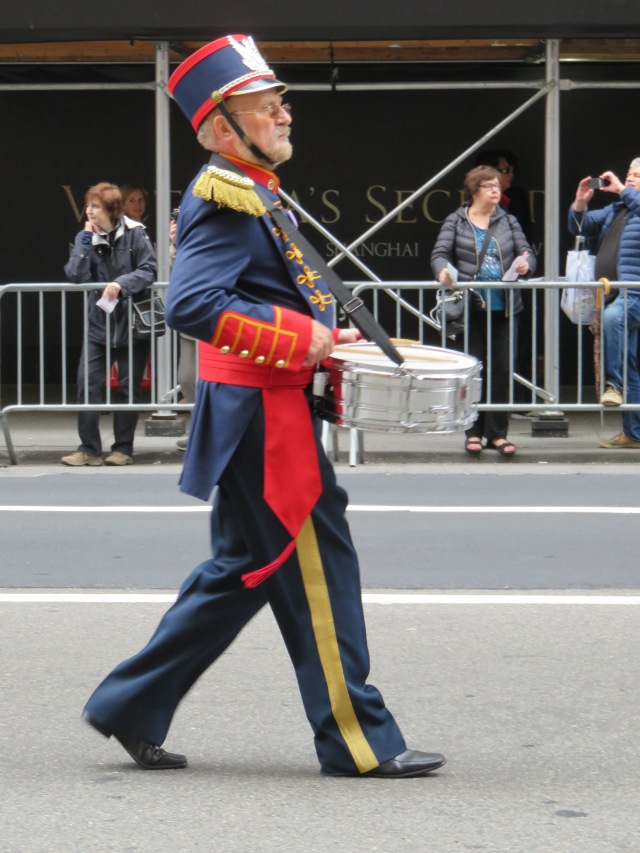 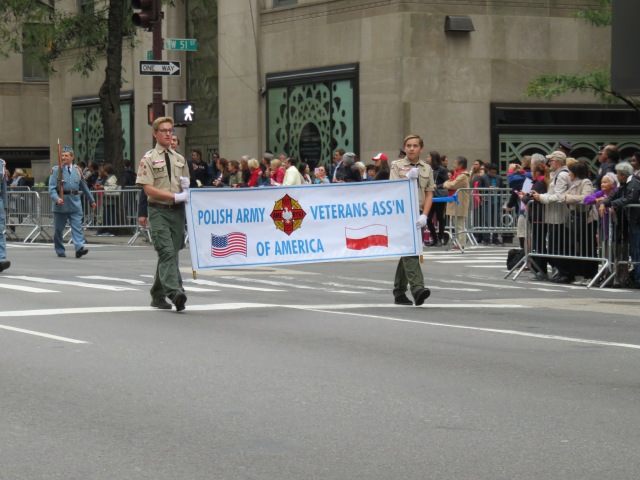 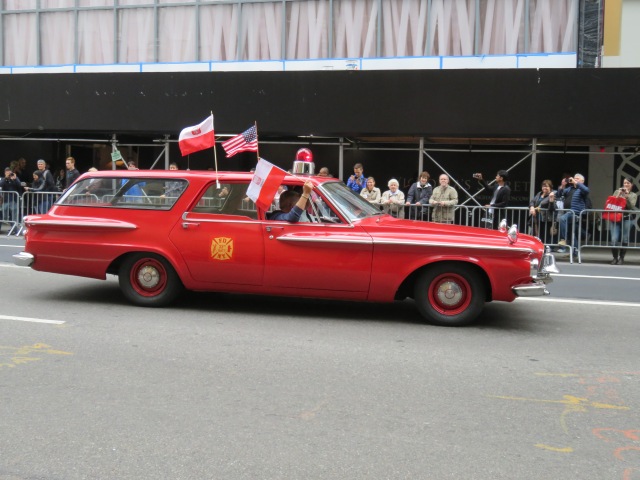 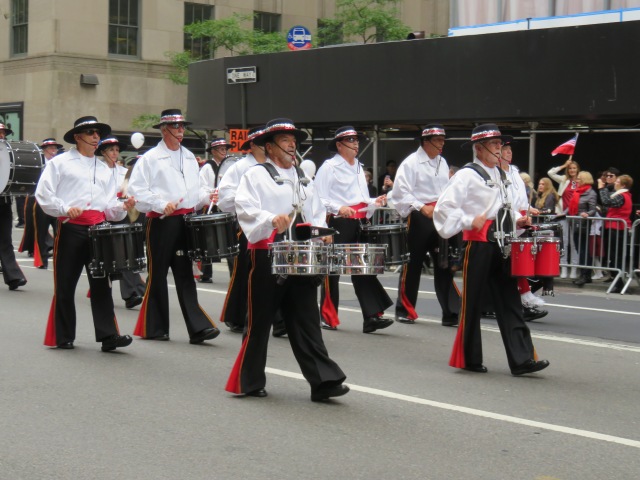 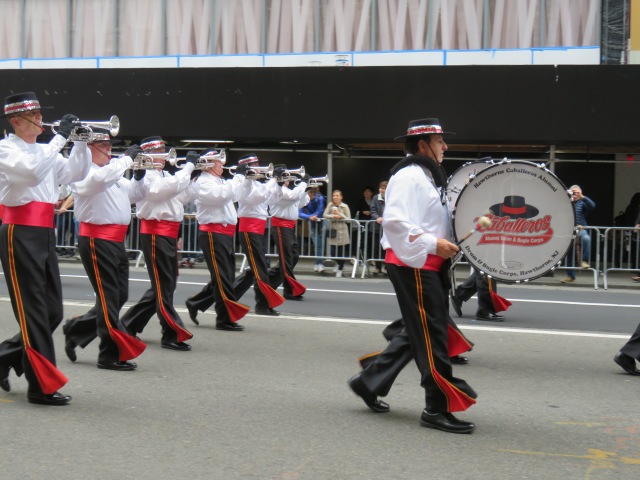 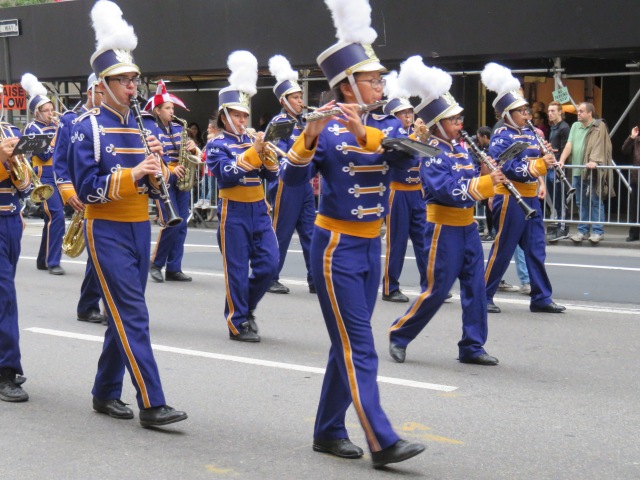 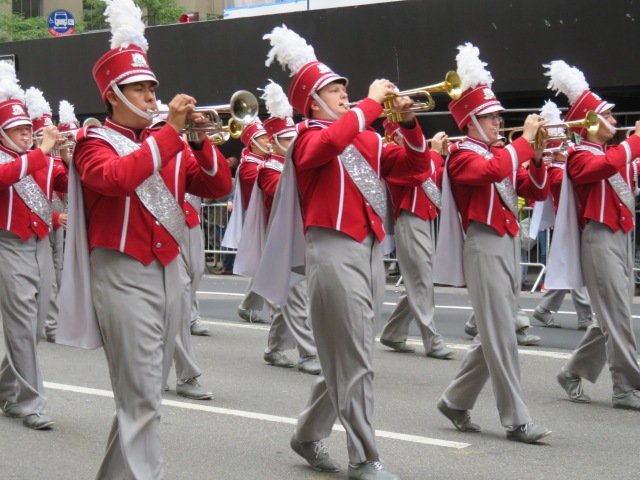 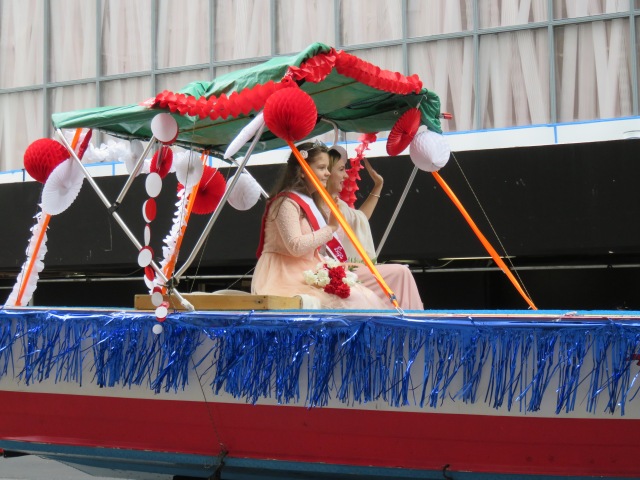 Honoring Pulaski, who died on October 11, 1779 in the Battle of Savannah, the parade is held in early October each year. The parade marches its way up Fifth Avenue from 39th Street to 56th Street.

This site uses Akismet to reduce spam. Learn how your comment data is processed.

© 2015-2017, Susan Landrum, FindingNYC, and the FindingNYC blog. Unauthorized use and/or duplication of this material without express and written permission from this blog’s author and/or owner is strictly prohibited.